Prior to the start of this journey, the only experience I ever had with teaching came on the receiving end, as a student. I knew that getting up in front of classes -- period after period, day after day, week after week -- would be something completely different for me. That's part of the challenge I have embraced in becoming a China teaching newbie.

Now, five weeks into that adventure, I'm finding that learning is just as much a part of this profession as teaching is.

After my first "introductory" classes with these students, I've had some pretty ambitious goals. With each class since, I've tried ramping up the complexity of the lesson, hoping they would be able to keep up. 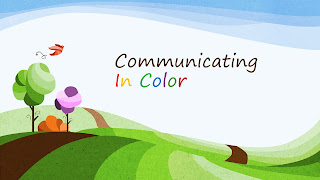 At one point last week, I recited, from a first-person point of view, a story about the average day in the life of a student:

When I asked the students if I'd told the story correctly, they told me I had. But we all agreed that it was a really boring story!

How do you make a story less boring? By adding details and using interesting language. By adding colorful words to the black-and-white outline.

So this week's lesson was about "communicating in color," using adjectives, adverbs, synonyms, similes, and metaphors.

And it might have been a little too much for some of the students. 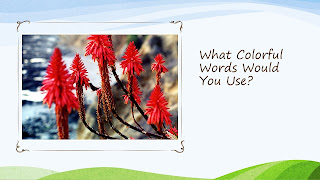 I could tell I was losing some of them as I explained each of the different concepts. While a few were watching and listening intently, I could hear the volume rise in the room. Rather than paying attention, some of the students were chatting away with their friends. I had to stop class on multiple occasions to chastise them for talking, and it grew frustrating.

It was infuriating because I've seen the way these kids act in their other classes. Through windows, I've seen them sitting quietly and watching intently.

(Of course they are -- they're being graded in those classes, and a blemish on their GPAs would be devastating when it comes to college admissions.)

But my class isn't graded. Without the pressure of maintaining a grade, some of these kids are only willing to put minimal effort into it. And when things got a little more challenging, they tuned out.

It was aggravating because I didn't want class disrupted for those who appreciated the lesson, but also because I realized I'd gone too far. I'd pushed the limits on what these kids were willing to learn.

By the time we got to the in-class activity, where I asked the students to give me words and phrases that could be used to describe pictures, then building a "colorful" sentence with them, I discovered that some had not been paying attention at all.

I chose students randomly, with my oh-so-useful deck of playing cards (thanks again, Liz!). When asked to participate, too many just stood there like slack-jawed statues, unable to comprehend what was going on... even though I'd just spent 20 minutes telling them exactly what was going on. Even when they'd been told at the beginning of class that some would be chosen to participate... even when they'd been told how embarrassing it was for other students, some just wouldn't pay attention.

It certainly wasn't my intent to embarrass anybody, and even though I'd given them fair warning, I still felt sorry for them when it did.

So I think I've got to dial it back a bit in future weeks and be a little less ambitious and more fun with the lessons.

It's too bad, though. The students who understood what I was trying to accomplish were really into it.

One stayed after class to talk for a few minutes. He told me how much he appreciated the lessons, because parents and other teachers always seem to be geared toward the numbers -- test scores and GPAs -- while I'm trying to teach them how to stand out in a crowd of high GPAs.

He totally got it.

When everyone is pushing for perfection, numbers can only show so much. When there are so many 4.0 GPAs, how do you separate the truly exceptional from the pack? By being able to communicate in color -- in application essays and interviews, using language tools to become more interesting than your competition.

It's a skill they will be able to use for the rest of their lives, and mastering it would be sure to bring them success. If only they'd been paying attention. 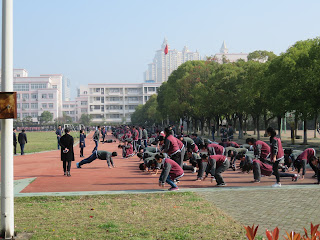 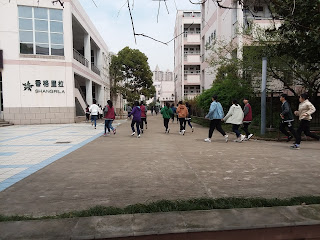 This past week, I also saw two of the ways students at the school get their exercise. Every day, unless the weather is inclement, there is a 15-minute physical education break between periods 2 and 3. Some classes do laps around the track, while some do push-ups and calisthenics.

Then, after period 5, there's a different kind of phys ed activity -- the mad dash to the lunchroom! With nearly 2000 students at the school all getting their lunch breaks at the same time, the lines at the cafeteria can be very, very long. So, when 5th period lets out, many of the students break into a mad dash for the door and sprint all the way to the cafeteria! I took in the spectacle after I finished eating (the cafeteria opens early for teachers who have 5th period open), and it was highly amusing to watch... especially since I knew I would have been one of those running kids.

(It brought back memories of 6th grade, when I had a crush on a classmate who was sometimes a crossing guard at Apple Tree and Bayberry. I would race there to be first, so that I'd have a few private moments with her before the other students started to arrive.)

Also, after 5 weeks, I've earned the trust of the stray dog that hangs out near the cafeteria. After allowing me to get closer and closer over time, this week, she finally let me pet her... and then, she didn't want me to leave! So cute. 😊🐕

Finally, spring is in full bloom here in Zhangjiagang, so I want to share a few pictures of the beautiful trees and foliage we've got right now. 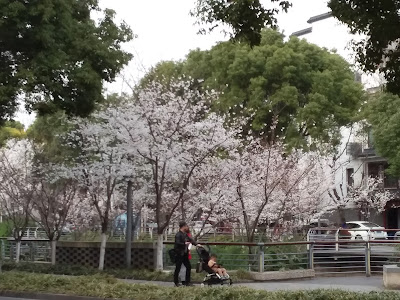 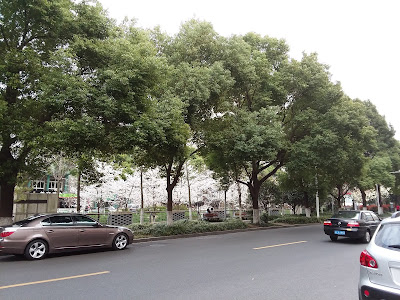 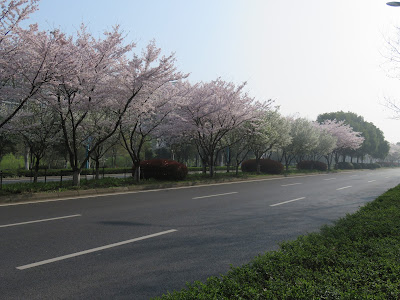 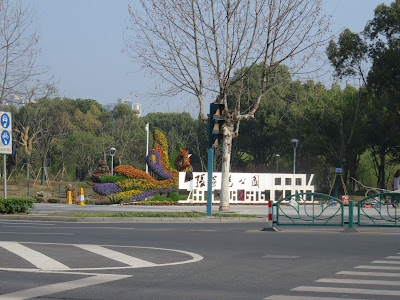