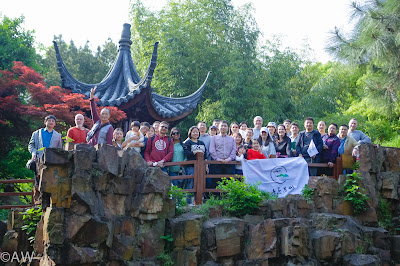 In the Chinese geographical hierarchy, Zhangjiagang is a county-level city belonging to its prefecture-level city, Suzhou. So, technically, I've been in Suzhou this whole time.

On Sunday, though, I made my first trip down to the city of Suzhou since I moved here. It's a gorgeous city, commonly called "the Venice of China" because of its vast network of canals

I had a brief experience -- a day excursion -- in Suzhou while on the cruise vacation last year, and it whetted my appetite for more. So when I was presented with the opportunity to join a group, Album Of Suzhou, that does cultural walks around the city, I couldn't pass it up! 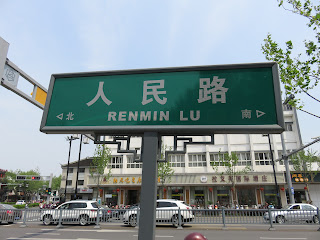 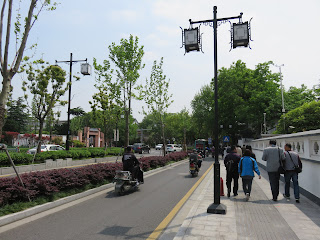 "Walk Through Renmin Road" was the theme of the walk, the road itself being one of the city's most historic, offering plenty of sights and cultural landmarks.

First up was the Confucian Temple, a complex that's about a thousand years old. 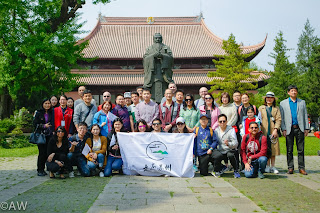 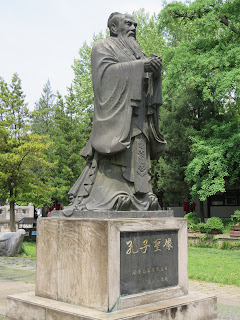 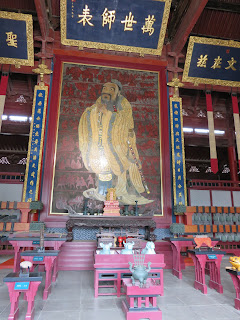 The bottom photo is taken inside the temple's Dacheng Hall. As it was explained to us, the building is supported with 50 great pillars made from a type of wood that, at the time, was only made available to royalty. That's how highly regarded Confucius was here in Suzhou.

The painting of Confucius, as you can see, is enormous -- the largest in existence. As it towers above you, it's a magnificent sight.

To the left and right are the musical instruments of the day, and there are a few assorted artifacts on display, but the temple's largest collection, by far, is of stone tablets. They've got hundreds, if not thousands of them, on display throughout the entire complex. Many are right there in Dancheng Hall.

But the four most famous ones get a building all to themselves. 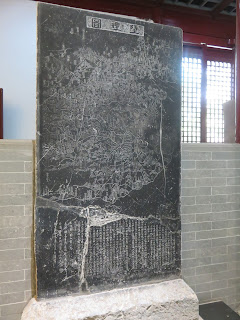 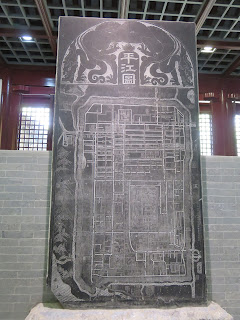 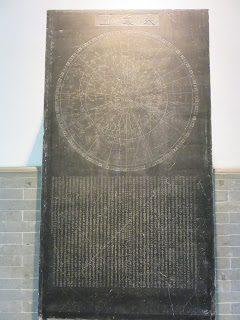 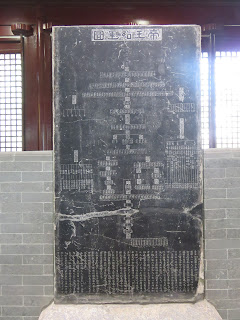 
These stones are seen as having great cultural significance to China; they were among the first batch of relics to be designated as National Key Cultural Relics in 1961. They're very large, and they're very impressive. 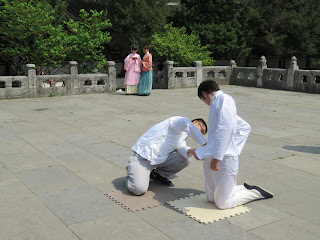 Since Confucius was a big fan of meditation, the temple is still seen by some as a sacred place to practice meditation, and we happened upon a few of those people in one of the courtyard areas.

Then, we were off to the library. 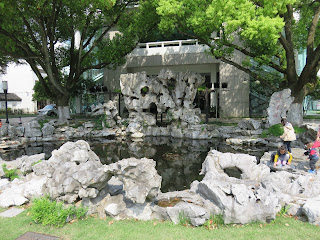 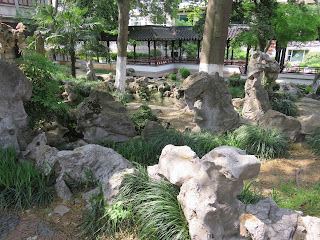 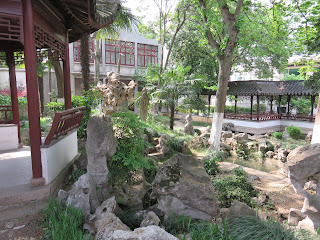 Hidden away behind the very modern facade of the Suzhou Library is a wonderfully scenic garden area, and we got a chance to take in the garden's tranquility, both visually and aurally. (It's part of a library, right? Of course it's going to be quiet!)

Then, after we made a quick stop at a small museum specializing in Chinese calligraphy, we took a short subway ride to our final destination: the Suzhou North Temple Pagoda. 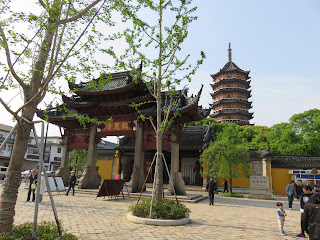 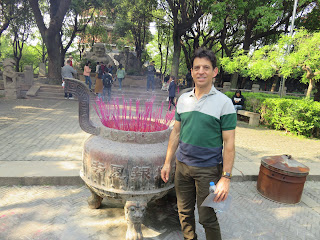 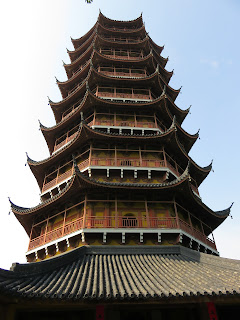 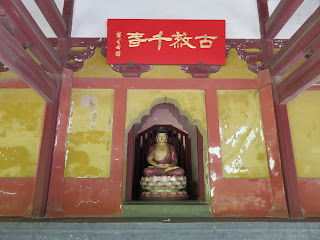 After getting a look inside the pagoda, we made our way around the grounds, ending up at its Plum Garden. 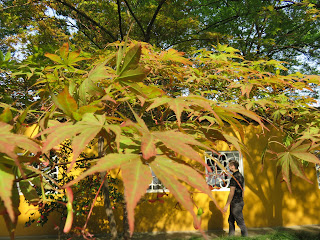 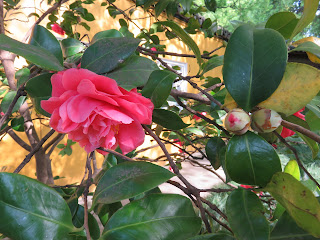 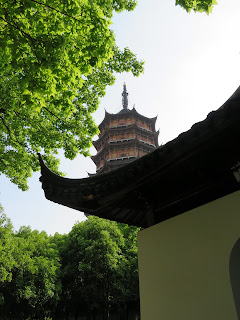 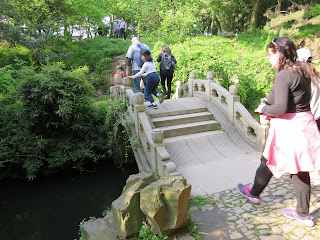 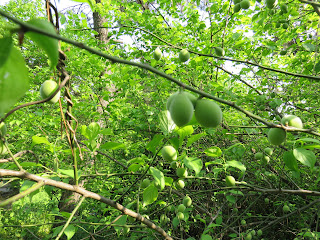 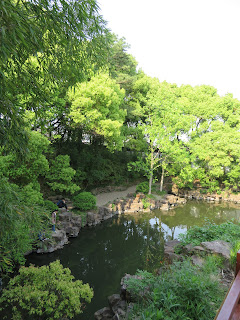 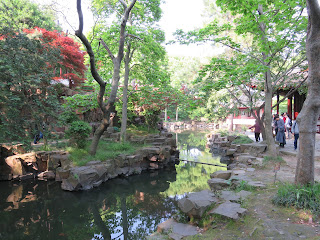 All in all, it was a wonderful way to spend an afternoon, with beautiful scenery and a group of very nice people.

Here I am, with the organizer of the walk, Patrick: 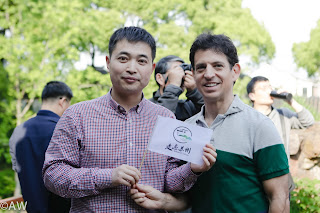 This time, I was fortunate enough to get a ride down to Suzhou with Patrick's friend, Eric. But, in researching the walk, I've also discovered that Suzhou is also a relatively short intercity bus ride away.

Now that I know about Album Of Suzhou's walks and know some really nice people down in Suzhou, I can foresee taking more trips down there in the not-too-distant future.  😀