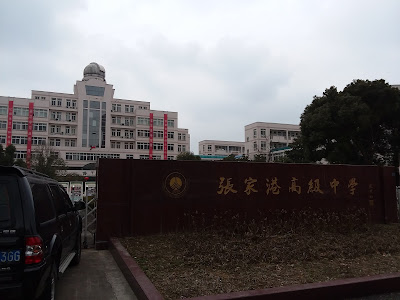 It's hard to believe my first week at Zhangjiagang Senior HS is almost over. Just one class to go. It's gone so quickly!

Since I showed you the Liangfeng campus, I should probably give you the tour of where I'm actually teaching. 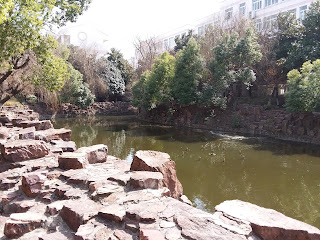 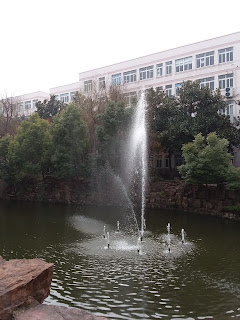 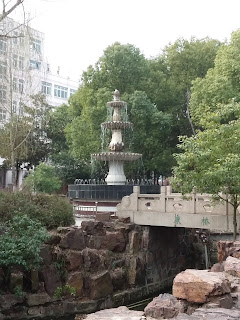 It's a very beautiful campus, with all kinds of cool landscaping. This is the area between the main classroom building and the cafeteria. It's fun to watch the kids dash over that bridge when lunch period starts. None of them wants to get caught up in a long lunch line! 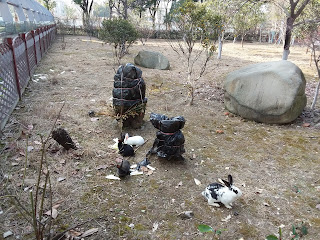 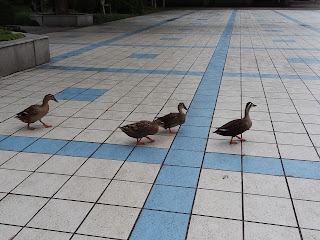 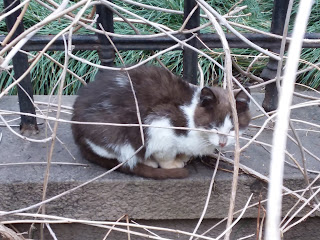 There are resident animals on campus! There's a fenced-in bunny patch, ducks that hang out by the pond, a scruffy little dog that always camps out near the cafeteria, looking for scraps, and a bunch of small cats. They're all pretty shy... the one you see here is the only one who's been daring enough to let me pet her. 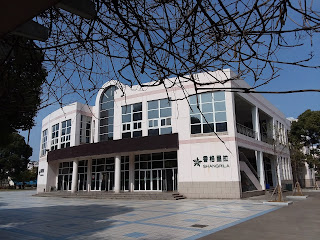 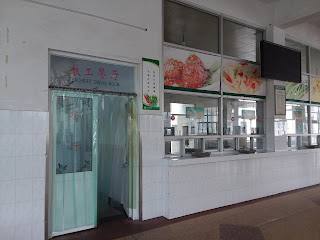 This is the dining hall... and yes, it's so strange to get to eat in the teachers' dining room! When I was in school, it was that secret, off-limits room where the teachers probably talked about us students behind our backs. That might be happening here, too. But if they are, I can't understand it. Every other teacher is speaking Chinese.

I have been able to eat with a few teachers who speak some English, which has been nice. I became WeChat friends with one of them, and through that, I was invited to become part of the regular teachers' volleyball game. A large group of them get together every afternoon in the gym to play for a few hours. It's more friendly than competitive, and it's a lot of fun. Of course, it's also a great way to meet people here, too. The players have their own WeChat group (and WeChat translates English to Chinese and vice versa), so along with the games, we get some fun conversations going. 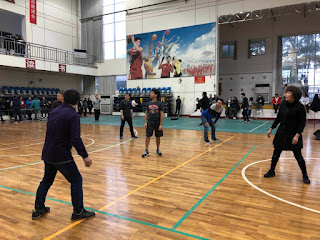 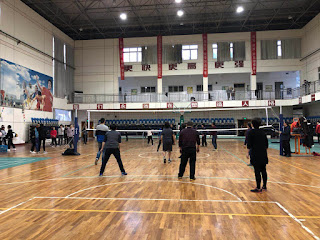 It was interesting, too, because for a while, we actually had an audience of students watching us! Maybe because Chinese teachers are seen as being fairly strict, the students enjoy seeing them let loose and be "real people" for a bit. 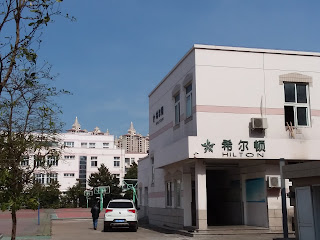 Like Liangfeng, this is a residential campus, with a number of students living here full-time. Some even live in the Hilton! (Have to admit, I laughed out loud when I saw that. But maybe the hotel company made a donation to the school to build the dorm.) 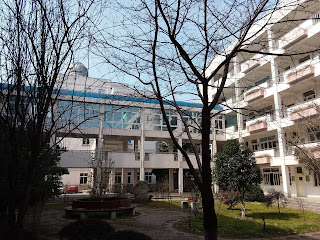 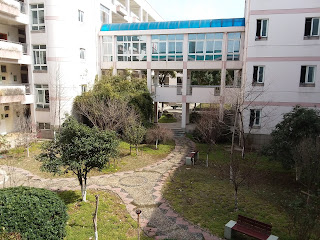 The academic buildings are joined together by walkways, though only the third-floor walkway is covered. it doesn't provide any protection from the cold, though. None of the classrooms do, actually. Apparently they don't believe in heating classrooms, so every single student is bundled up in parkas and other winter coats. And I've been asked many times, "Are you cold?" because I'm not wearing a coat. As it turns out, I still have plenty of Chicago blood left in me, even after three decades in L.A.

The kids find it amusing, though. 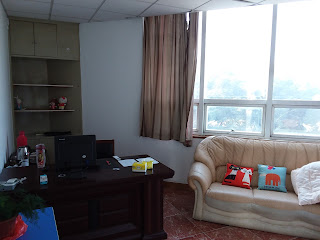 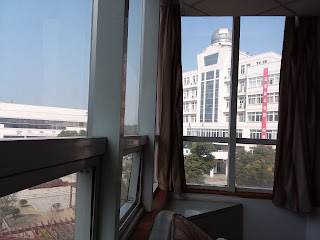 There is heat, however, in my office. Yes, the school is taking great care of me -- I have my very own private corner office, with a sofa (in case I want to indulge in the daily Chinese lunchtime nap ritual), desk, computer, kettle, and a fantastic view. 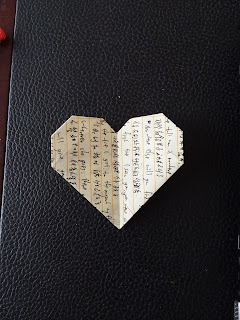 And I can't say enough about the reception I've gotten from the kids. They've been wonderful. Sure, it probably helps that mine is their easiest class, with no tests and no homework. And yes, as an American teaching in their school, I'm certainly a bit of a curiosity. But they've been awesome and receptive, and very welcoming. One of the classes' head teachers even told me over lunch that her students had been talking about how much they liked me, and that I was "very humorous."

I even got a paper heart from one of the students at the end of the period.

So far, the experience has been genuinely heartwarming and uplifting. This is already feeling like a great decision.

One more class to go, and then comes the weekend... along with some intense lesson planning for next week. Now that my introductory week is almost over, I have to come up with something compelling for next week's classes!